The name succession of an actor is one of the biggest events in kabuki. 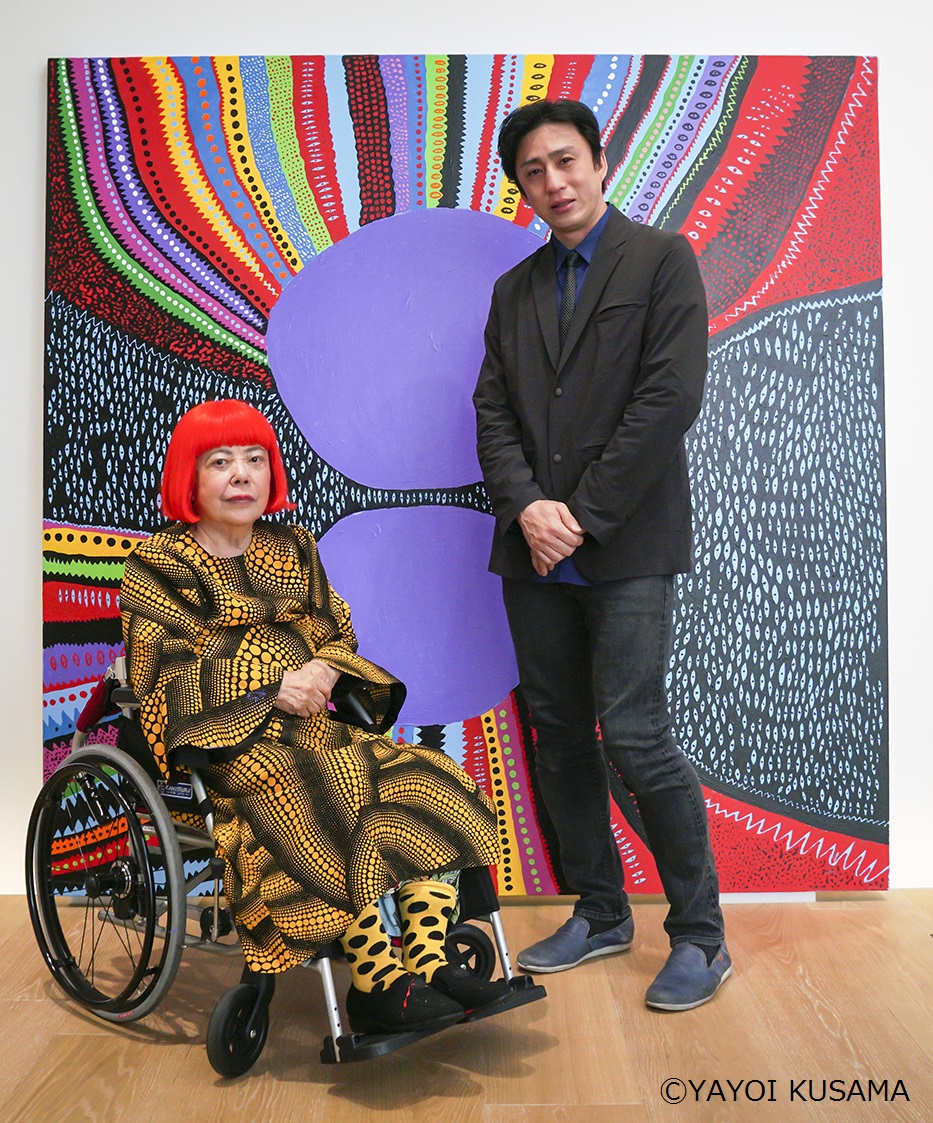 When performances to commemorate a name succession are staged, a special stage curtain called the 'iwai maku' (celebration curtain) is given by supporters or fans and is used instead of the usual curtain.

The 'iwai maku' (celebration curtain) for the February performances will be sponsored by Ms. Nakano Michiyo, a great fan of Matsumoto Kōshirō X's, and will be designed by Kusama Yayoi, a Japanese contemporary artist.

It was Matsumoto Kōshirō X's idea to have Kusama Yayoi design the 'iwai maku' for this performance. "When I saw Ms. Kusama's art work, I felt the same sophisticated beauty that lives inside kabuki", Kōshirō said. "That is why I wrote a letter to her and asked to use her design". 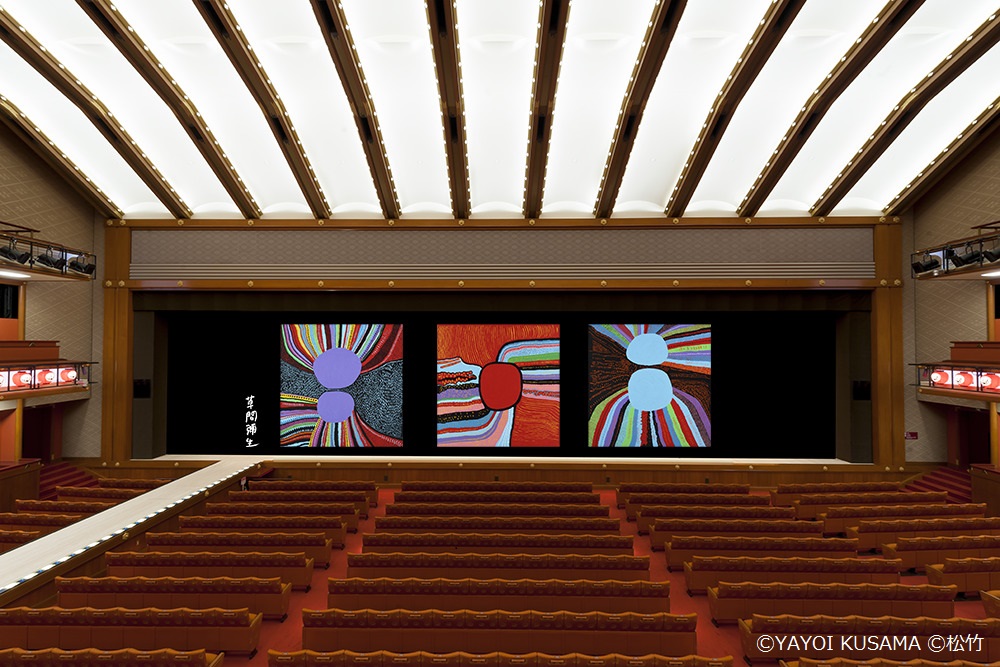 The February performances at the Kabukiza Theatre will start from February 1st and continue until the 25th.