Cinema Kabuki will be screened in Los Angeles!|News|KABUKI WEB

Cinema Kabuki will be screened in Los Angeles! 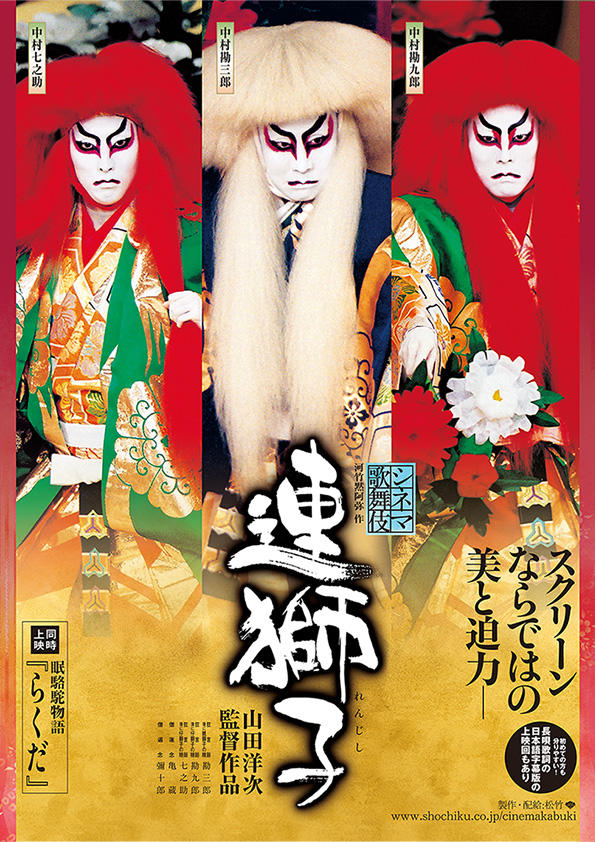 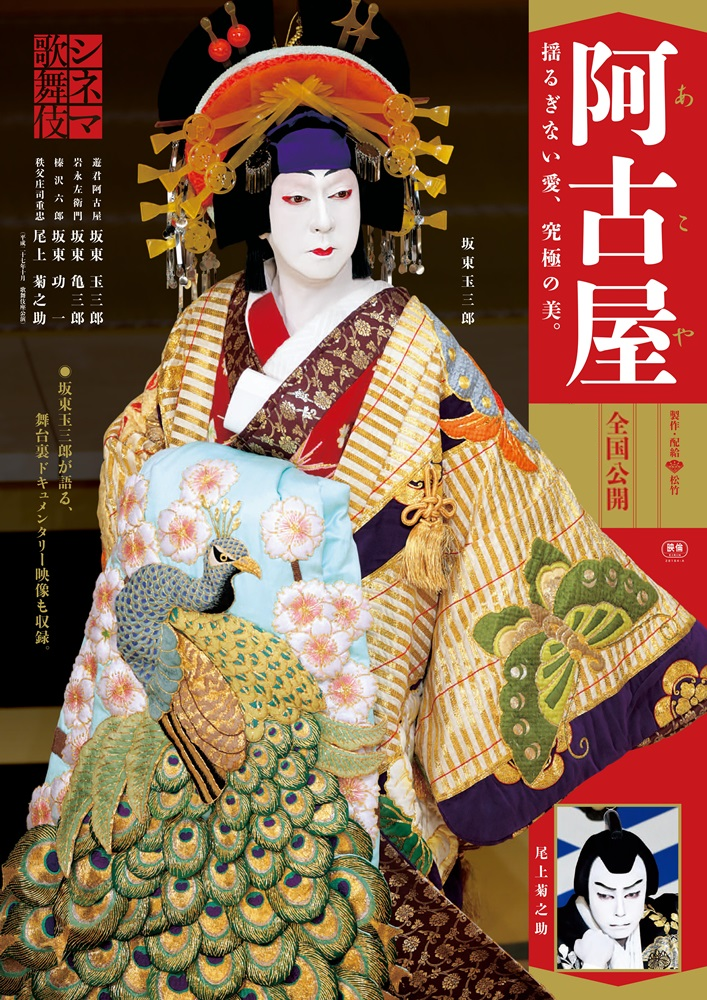 Start the New Year auspiciously with two spectacular Cinema Kabuki works, 'The Triple Lion Dance' (Renjishi) and 'The Courtesan Akoya' (Akoya) . These will be screened at the Aratani Theatre, Los Angeles on January 11th.

'The Triple Lion Dance' (Renjishi) was filmed by the great Japanese film director, Yamada Yōji. The Father Lion is performed by Nakamura Kanzaburō, who accompanies his real-life sons Kankurō and Shichinosuke as the Lion Cubs.
'The Courtesan Akoya' will receive its premier in the U.S. featuring Bandō Tamasaburō, kabuki's top 'onnagata' (female role specialist). This showpiece has always fascinated audiences because the 'onnagata' must actually play the koto, the shamisen, and the bowed kokyū flawlessly as part of the drama.

Kabuki, with origins dating back to the 1600s, has remained steeped in tradition while also constantly innovating.
With gorgeous costumes, stunning makeup, and powerful dramas, kabuki has been appreciated as the ultimate theatrical art form in Japan which has excited and impressed its people for centuries.
It has had tremendous influence on a wide range of entertainments including theater and movies worldwide.
Live productions, featuring some of today's greatest kabuki stars, are now being filmed with the highest resolution cameras for screening in cinemas around the world on state-of-the-art digital projection systems with six-channel surround sound.
--------------------------------------------------------

The January program at the Shi...