The July program at the Osaka Shochikuza Theatre (Osaka) has begun!|News|KABUKI WEB

The July program at the Osaka Shochikuza Theatre (Osaka) has begun! 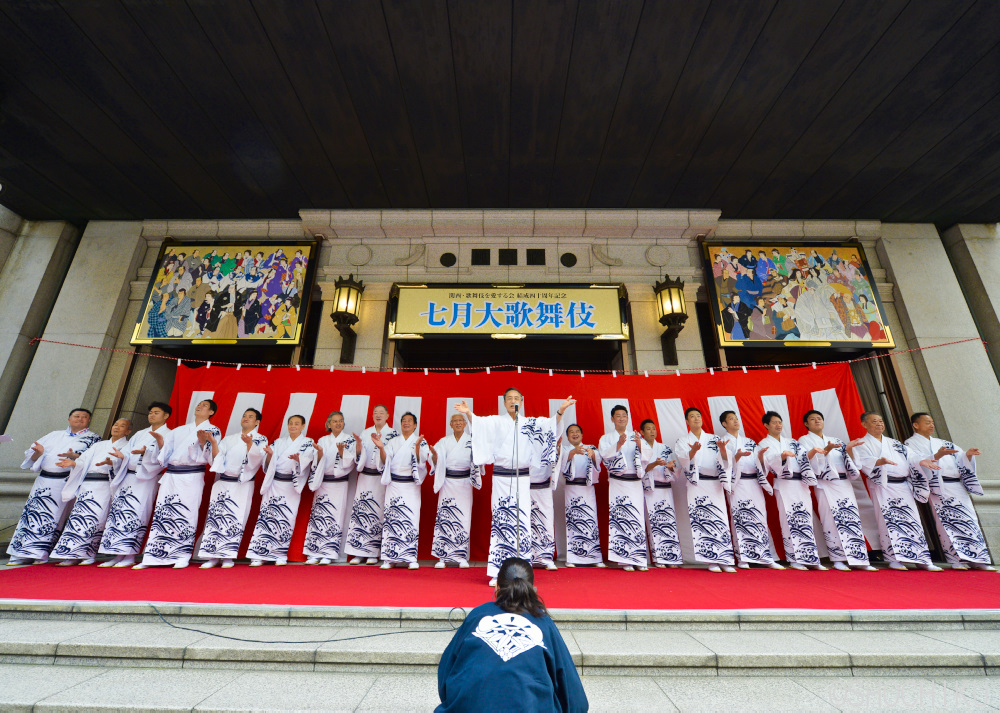 This month, many actors, ranging from young stars to veterans, with Kataoka Nizaemon as the central character, will be appearing on the stage.
In the Matinee you can enjoy the history play "YOSHITSUNE SENBON ZAKURA" starring Nizaemon, as well as a comedy typical of the Kansai region, and a story which takes place at the Itsukushima Shrine.
In the Evening Show, the festive play "IYA SAKAE SHIBAI NO NIGIWAI" starring top-ranking actors, a history play with quick changes of costume, and a 'sewamono' play depicting the sad endings of two pickpockets will be performed.

The July program at the Kabuki...