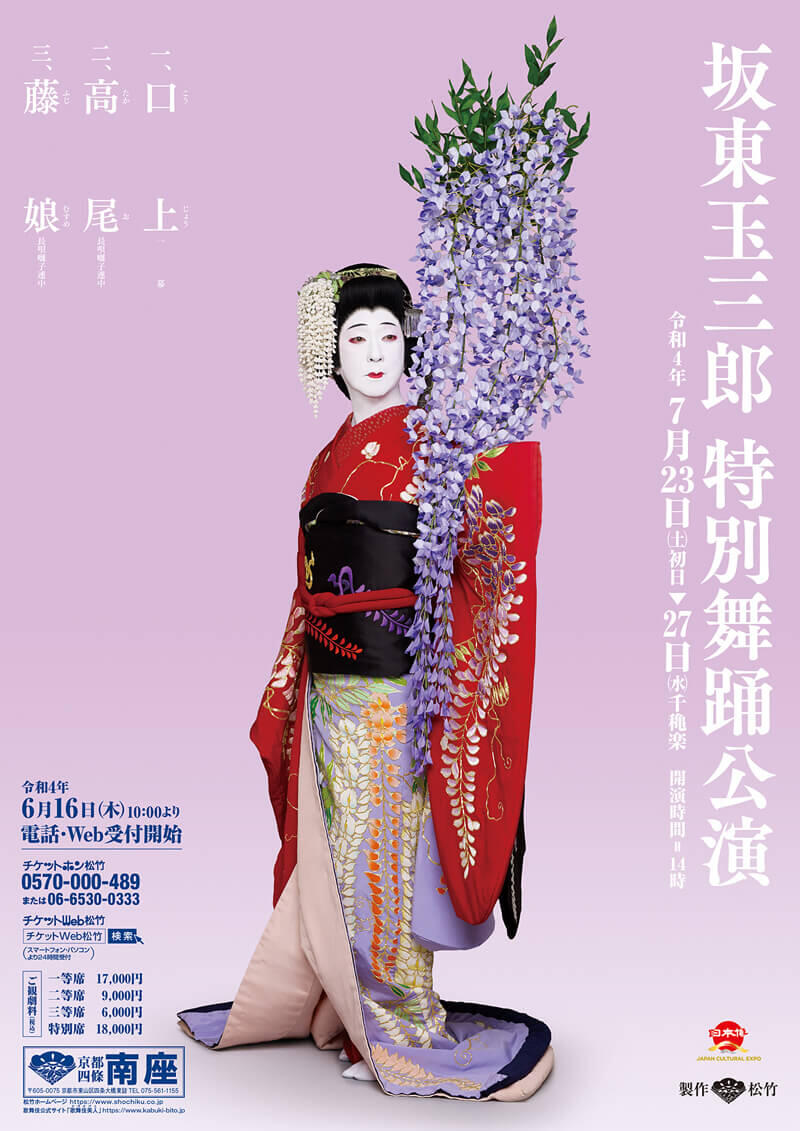 July Program at the Minamiza Theatre

This is a special dance recital by one of kabuki's top female role specialists, Bandō Tamasaburō. After he makes a formal stage announcement, you will see a graceful and moving dance featuring the spirit of Takao, a courtesan of the Yoshiwara pleasure quarters. Finally, another dance will be performed portraying a maiden beneath wisteria flowers in full bloom. The work shows the passion and frustrations of romantic love . Don't miss this opportunity to see two brilliant dances from the kabuki repertoire as the recital last only five days!

Bandō Tamasaburō will make a formal stage announcement on the occasion of his special kabuki dance program performed for the second year in a row at the Minamiza Theatre in July.

['The Ghost of the Courtesan Takao']

Takao, who belonged to the Miuraya House, was one of the top courtesans of the Yoshiwara pleasure quarters. Now dead, her spirit reappears from nowhere. In the dance that she performs, while outwardly describing the elegance of the four seasons, she also tells of the hardship and melancholy of her life of shame, confined within the pleasure quareters. Finally, she shows how she suffers the tortures of hell before her spirit disappears.

A beautiful maiden in a black lacquered hat, holding a branch of wisteria flowers over her shoulder, stands under wisteria flowers that hang from a big pine tree. She is, in reality, the spirit of the wisteria plant. In dance, she expresses the feelings of a woman in love. Then, she compares the man she likes to a pine tree, and becomes slightly intoxicated from drinking saké. Finally, evening approaches and she must depart.